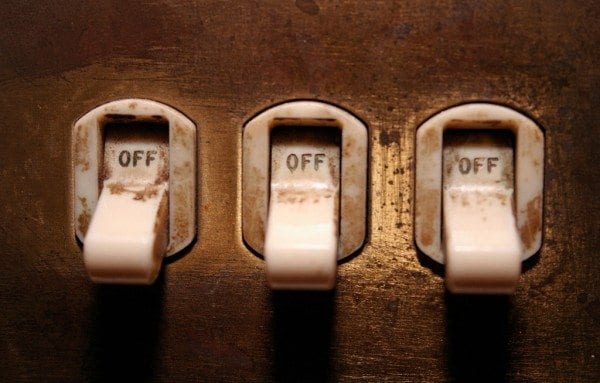 Power outages due to load shedding may be the bane of every South African’s life right now but there are several other mains-borne events that can damage sensitive equipment and result in loss of data – unless that equipment and data is protected by a correctly specified and installed UPS.

Loadlimiting is the new kid on the block that will certainly contribute to equipment failures everywhere if the power providers implement the repeated 30-second interruption of power with a five-minute period until excessive load is disconnected.

Even in the absence of loadshedding and loadlimiting, spikes can inflict both positive and negative voltage excursions which can damage or destroy electrical and electronic components. Spikes are short duration rapid voltage transitions which can be induced by thermostats or other equipment switching heavy electrical currents, or by power supply companies performing load switching.

Additionally, spikes can corrupt software, causing a problem that becomes compounded if corrupted files are subjected to further processing before detection.

Surges are sustained voltage increases above normal lasting for more than one cycle, typically appearing after a large load is switched off or a substation performs load switching. With a relatively long duration, they can degrade switch-mode power supply components and lead to premature hardware failures.

Sags are drops in the mains supply that can last for several cycles. Similar in character to negative spikes, although of much greater duration, sags are common events usually caused by switching on large loads such as air conditioning or rotating machinery. Sags can reduce mains voltage levels enough to trigger computer re-booting.

Nearby lightning strikes are also particularly serious sources of damage to equipment, which is extremely relevant when you consider that the highveld region of South Africa and Lesotho have amongst the highest lightning strikes per square km per annum in the world. Whether you need a UPS that gives you enough time to cover power fluctuations, sufficient time to let systems shutdown or the ability to withstand longer term outages, you need a supplier that can recommend the right machine for the job each time.

For complete peace of mind over the security of expensive equipment and valuable data, speak to Sinetech about the brand-new addition to its product stable – the OmniPower range of UPSes.

OmniPower products are based on proven technologies sourced internationally and are exclusive to Sinetech. OmniPower UPSes start at 650VA and go up to 200kVA, with more than 20 models on offer, and are available as both standard machines (with internal batteries) and long or extended-backup versions (external batteries). From 1kVA upwards, the models boast a well-designed LCD interface that displays Low Level, Battery Voltage, Battery Mode, AC Mode and Bypass Mode at a glance. Compact and reliable, each unit is thoroughly tested by Sinetech’s engineers at its Randburg warehouse.

Sinetech is the largest distributor of inverters and other advanced power components in Africa. Call us today on 011 886 7874 or write to sales@sinetech.co.za. 2 Samantha Street Strijdom Park Randburg Gauteng.