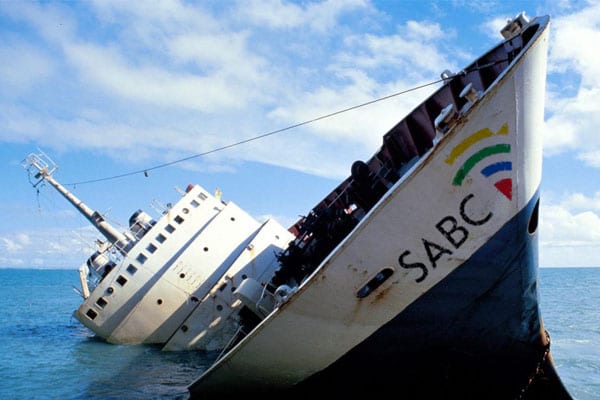 I am truly heartened by the coverage of the parliamentary ad hoc committees process, revealing, at best serious mismanagement and in all probability, criminal impropriety by the powers that be, both inside and outside of the SABC.

Good ol JZ confessed to being a “political genius” and I have to say, in some measure, it is true. The very backbone of every state rests on it’s public utilities such as Eskom, SABC, SAA, Post Office and all the other success stories!! The puppet-master of Nkandla has installed his puppets in all of these institutions, often without due process in law or pursuit of good governance.

It is now common cause that the only objective of our Corruptor in Chief is self-enrichment and enrichment of those tame to him. Mr Nene had the temerity to stand up to the chief and look where that got him, how dare he think that he can slam the cookie jar closed on Jacob’s fingers. Yes Mr President, you will go down in history as the worst president of South Africa, ever, including the despots of apartheid. At least they were honest about their policies and probably caused less suffering than you have brought upon our impoverished nation – R500 billion lost in one day!

Now as your Grande Finale, you and your cohorts want to visit one more, and probably, final death knell to our country – nuclear energy. It is clear, we are not a nation predisposed to good maintenance, look at our roads and other infrastructure going to rack and ruin. Failing to properly maintain multiple nuclear power stations, which will be an economic reality, will make Chernobyl look like a Sunday school picnic. Furthermore, the simple business case for nuclear is not defensible when compared to renewables and other technologies. But sorry, I forgot, the REIPP was too successful and too transparent for you so where’s the purpose in that. Albeit that it has proven to be much less expensive, much lower risk and create a plethora of urgently needed jobs in the form of “green-collar workers” it has one gaping downfall. You cannot get your sticky fingers into that pie, so nuclear-read- Rosatom, is infinitely more attractive to you. It is so obvious that a deal has been done with Putin, long ago, now it’s just the detail of manipulating a few more puppets, breaking the constitution-again- and voila, now you are really in the pound seats – or is that Swiss Francs?

So I say to all South Africans, boycott Eskom as far as possible albeit that they are a monopoly. Solarise your homes, it works out cheaper per kilowatt hour over ten years anyway and I doubt that Eskom will be around that long. If you don’t have the capital, there are many financial institutions who will fund the capital outlay and eventually, you will have free electricity. The choice is yours, control your own destiny or put it in the hands of men who lie on national television. Not only will you save money, have constant electricity, save the planet but you will be standing up for your right to choose.